Though they are special all year round, in winter these three sights turn into cool must-sees!

#1 The suspension bridge in Längenfeld. Suspension bridges have a special attraction for many people as they require a little courage to get across. Längenfeld’s suspension bridge, near one of the best ski hotels in Austria (ours!), also rewards you with a rare view. Where else could you be at eye level with mountain tops?

#2 Stuibenfall in Umhausen. Tyrol's largest waterfall is also worth a trip in winter. Iced over and immersed in the white luster of snow, it has a unique aura. Tip: the guided lantern hike to the illuminated waterfall, which takes place on specific evenings from December to April, is an absolute must.

#3 Piburger lake in Oetz. The idyllic and peaceful atmosphere of this lake makes it one of the most sought-after sights in Ötztal. In winter, it transforms into a natural ice-skating rink where you can breathe fresh air while skating and gaze at the spectacular mountains. 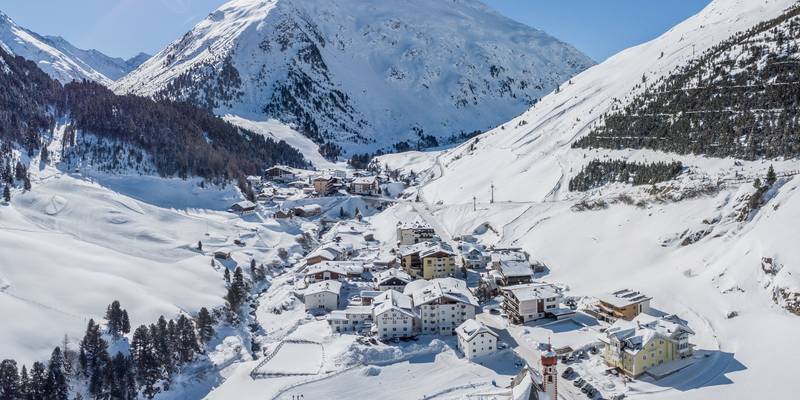